This holiday season, make your home a haven with the classic smells of Christmas cookies.

Real estate agents say their smell can help sell your house quicker. A deep breath at holiday time might take you back to Grandma’s kitchen. We’re talking about cookies. So why is Schlage talking about baked goods? Because we believe that our job isn’t just about making high-quality door hardware. It’s about helping you make your house a haven, somewhere you can relax, enjoy family and feel at home. And yes, sometimes that means baking cookies. 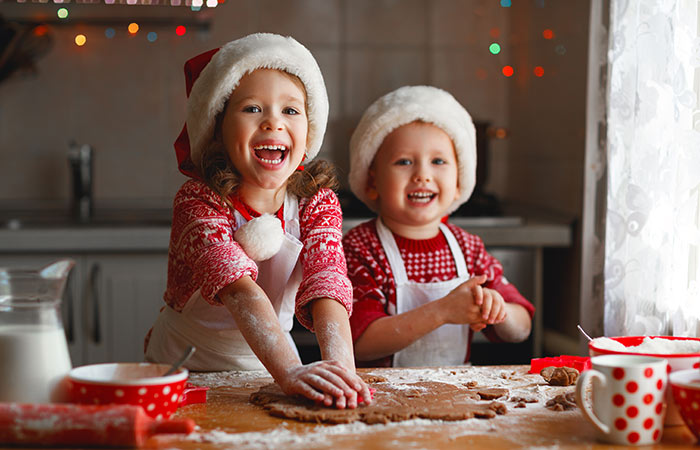 Feasting around what we now consider holiday time dates back to for winter solstice celebrations, when you basically stuffed yourself silly in anticipation of winter famine, according to History.com. It wasn’t until the Middle Ages when Christmas festivities became more popular than those for the solstice, however, that Christmas cookies were added to the menu.

It was during this time that spices, along with sugar and butter, were available a bit more readily in Europe. They were still incredibly expensive, though. Deciding it was worth it to splurge on the celebrations, this was the one time families bought ingredients like cinnamon, ginger and lard. Basically, everything you need for the perfect yuletide treat.

A few centuries after the Middle Ages, in 1796, the long-titled "American Cookery: or, The Art of Dressing Viands, Fish, Poultry and Vegetables, and the Best Modes of Making Puff-pastes, Pies, Tarts, Puddings, Custards and Preserves, and All Kinds of Cakes, from the Imperial Plumb to Plain Cake" cookbook was published. Generally considered the first American cookbook, it included a recipe for “Christmas Cookery,” otherwise known as cookies. These were not quick treats you’d whip up at the last minute. According to the original cookbook, they were “hard and dry at first” and needed to be stored in a damp room for a few months before they were edible.

If you’re looking for some classic Christmas cookie recipes with a twist, here are some of the tastiest to be found. Even if you’re baking with inexperienced, pint-sized bakers, we promise you won’t have to wait months to eat them. So enjoy the taste of the holidays, the smell of home and joy of cooking with family. 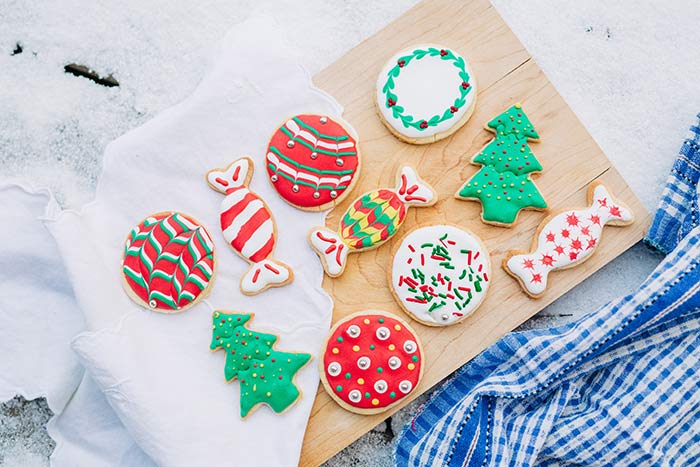 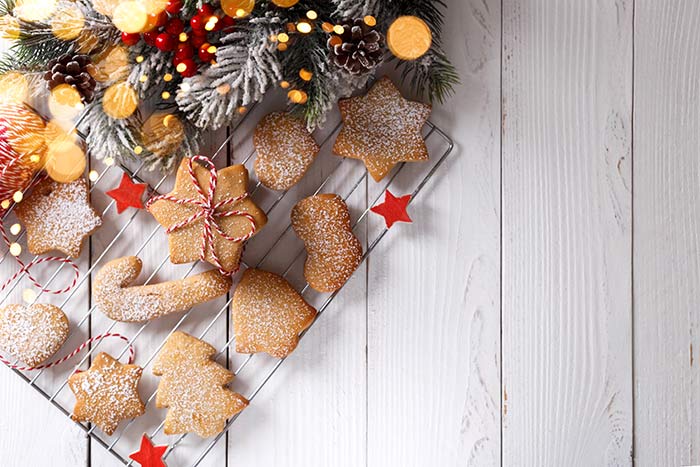 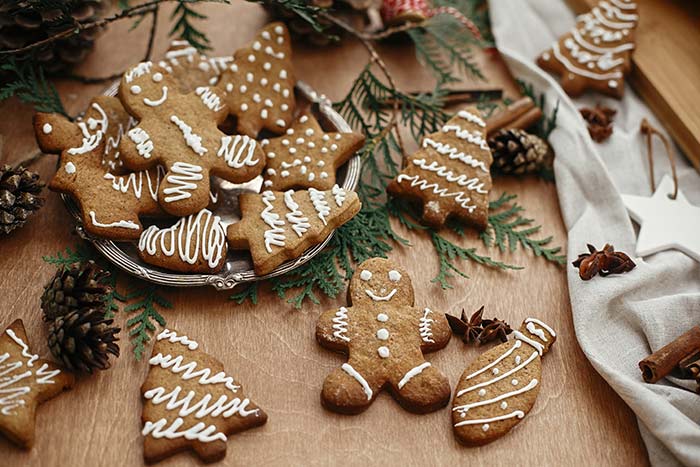 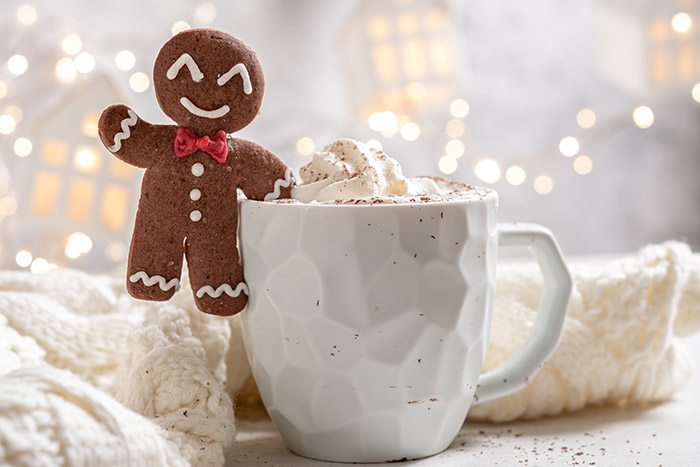 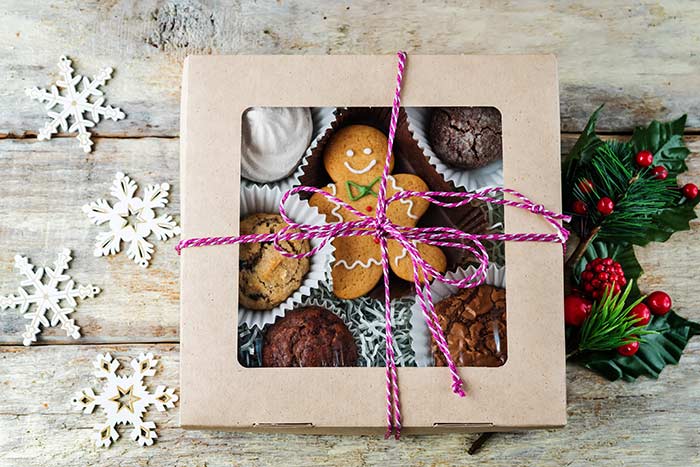 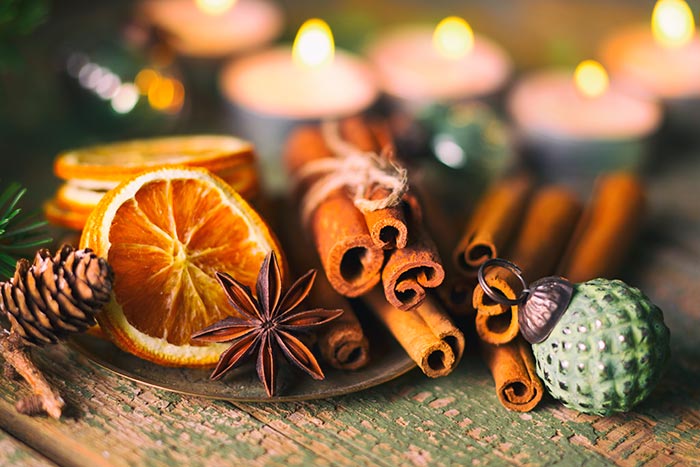 There are other great ways to bring your favorite holiday scents to the home. It seems like every year there’s another baked good-inspired candle on the market, and they keep smelling more and more like the real thing. We’re also seeing more scented artificial fire logs. There’s the obvious pine and cedar, but don’t stick your nose up at cinnamon, pumpkin spice or, if you’re feeling daring, chicken.

If flames aren’t your thing – we know they don’t always mix well with pets – try adding fresh greenery around the house or make a pomander. Make a simmer pot on the stove with oranges, cinnamon and cloves, or hang a sachet of Christmas-inspired herbs in a closet.

Keep the holiday spirit high. Decorate your home for Christmas or try some of these cold-weather family-friendly activities with ideas and inspiration from the Schlage blog. 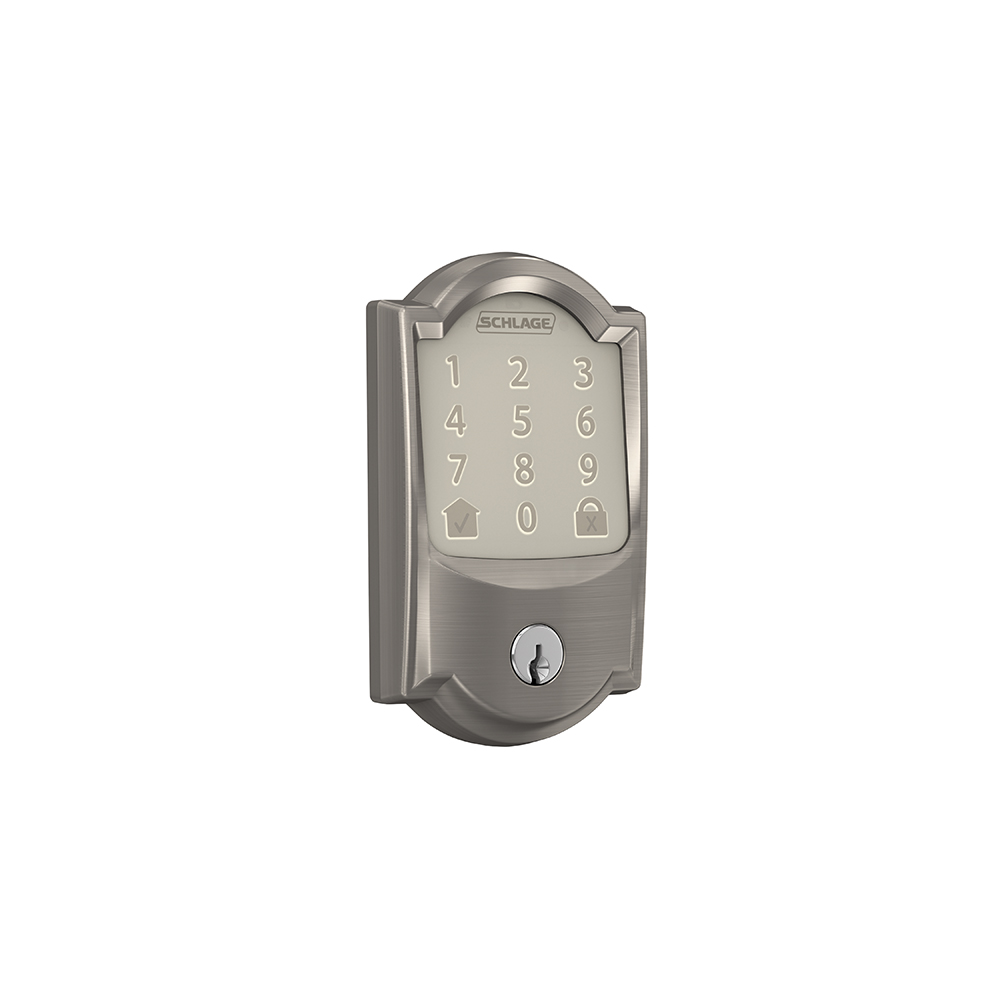 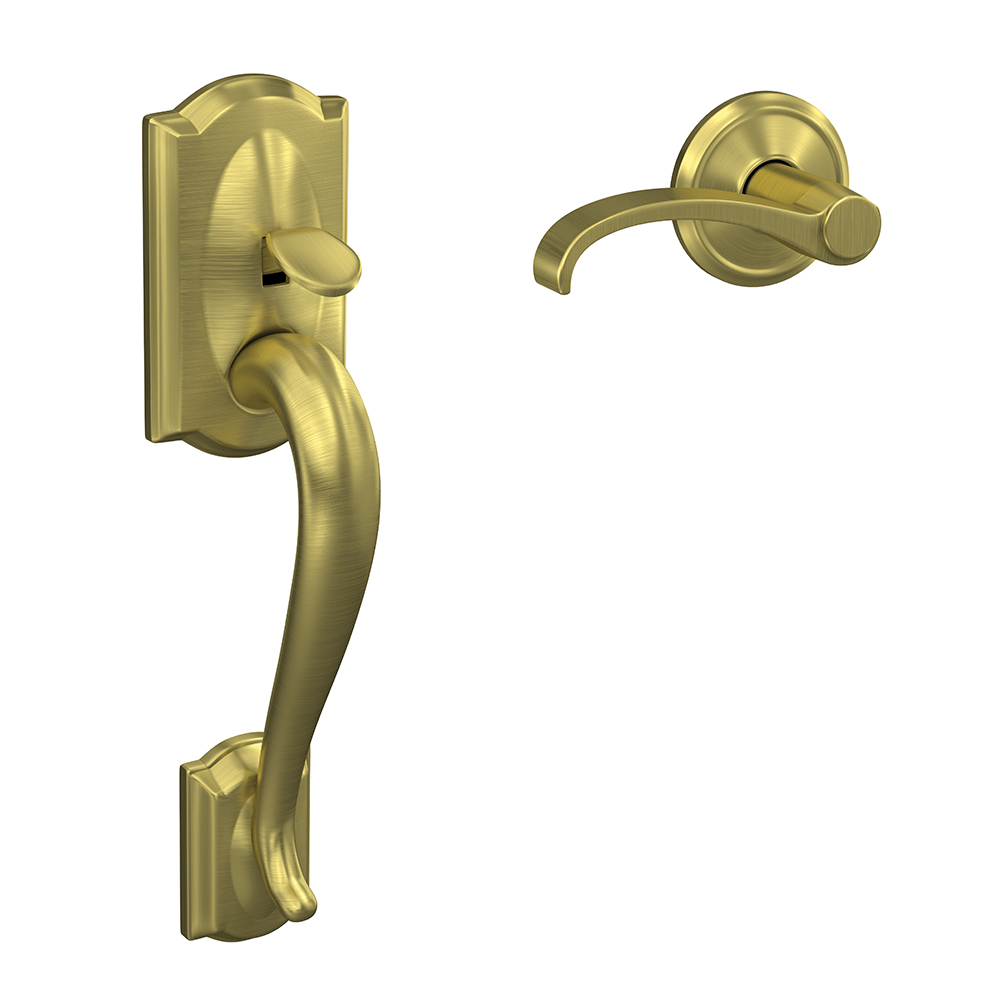 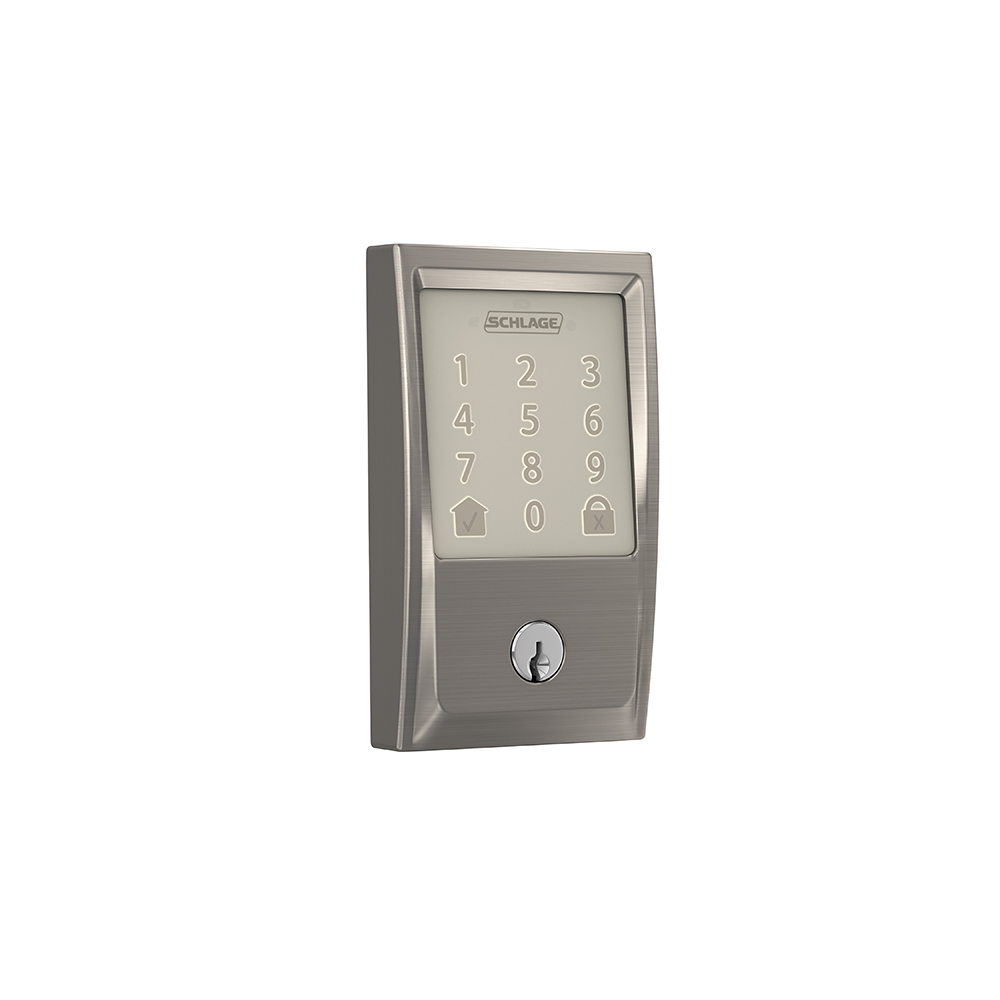 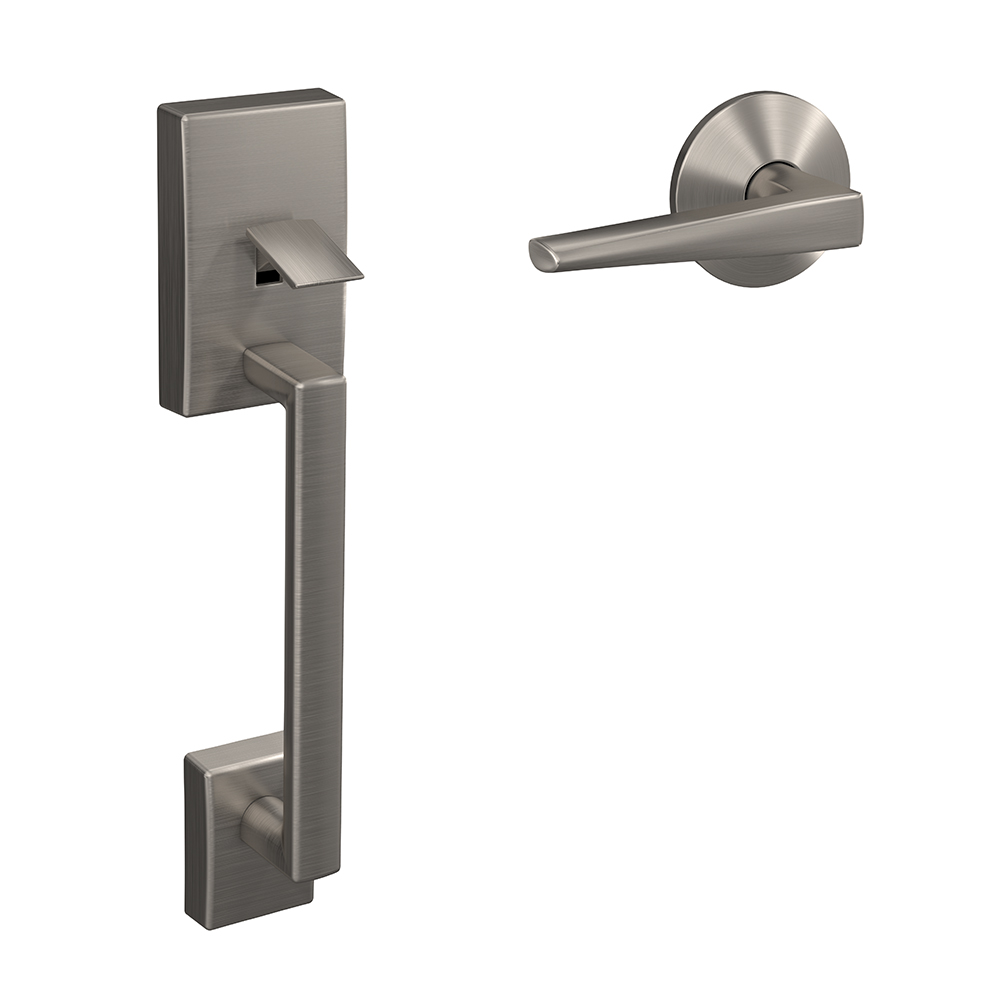